Beginning Monday, May 16, as construction of the Downtown Loop and East London Link progresses downtown, some new traffic changes will be in effect:

During this record year for construction, the City is striving to minimize the duration of impacts and complete the work as efficiently as possible.

Many downtown routes remain open and access to all businesses and residences is being maintained. However, Londoners are advised to plan ahead and leave plenty of time to reach downtown destinations, since construction will impact some routes. 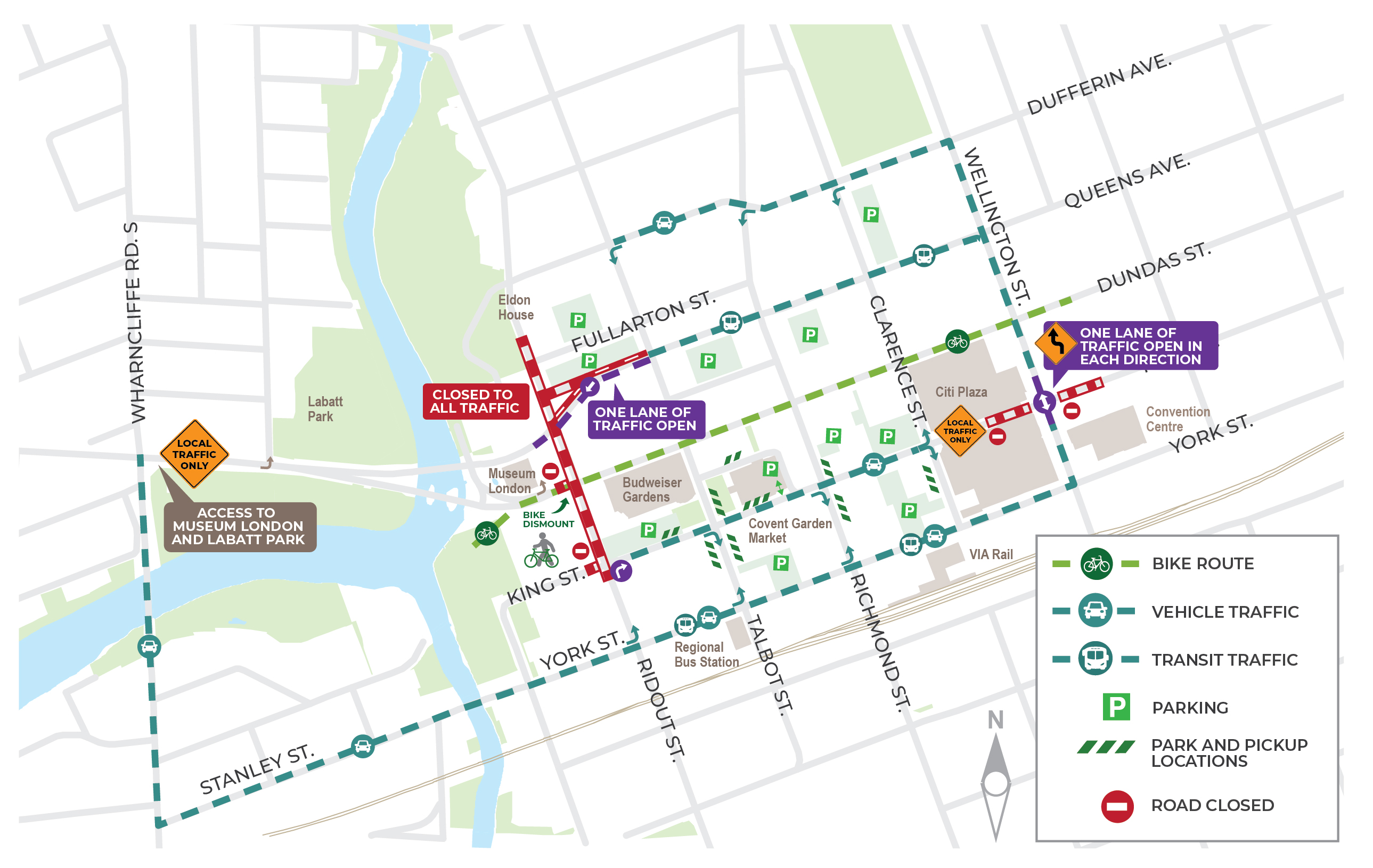 Above: A map of upcoming traffic changes on Queens Avenue, Ridout Street North, and King Street starting Monday, May 16.

Ridout Street North between Queens Avenue and Dundas Street will be closed until approximately mid-June. 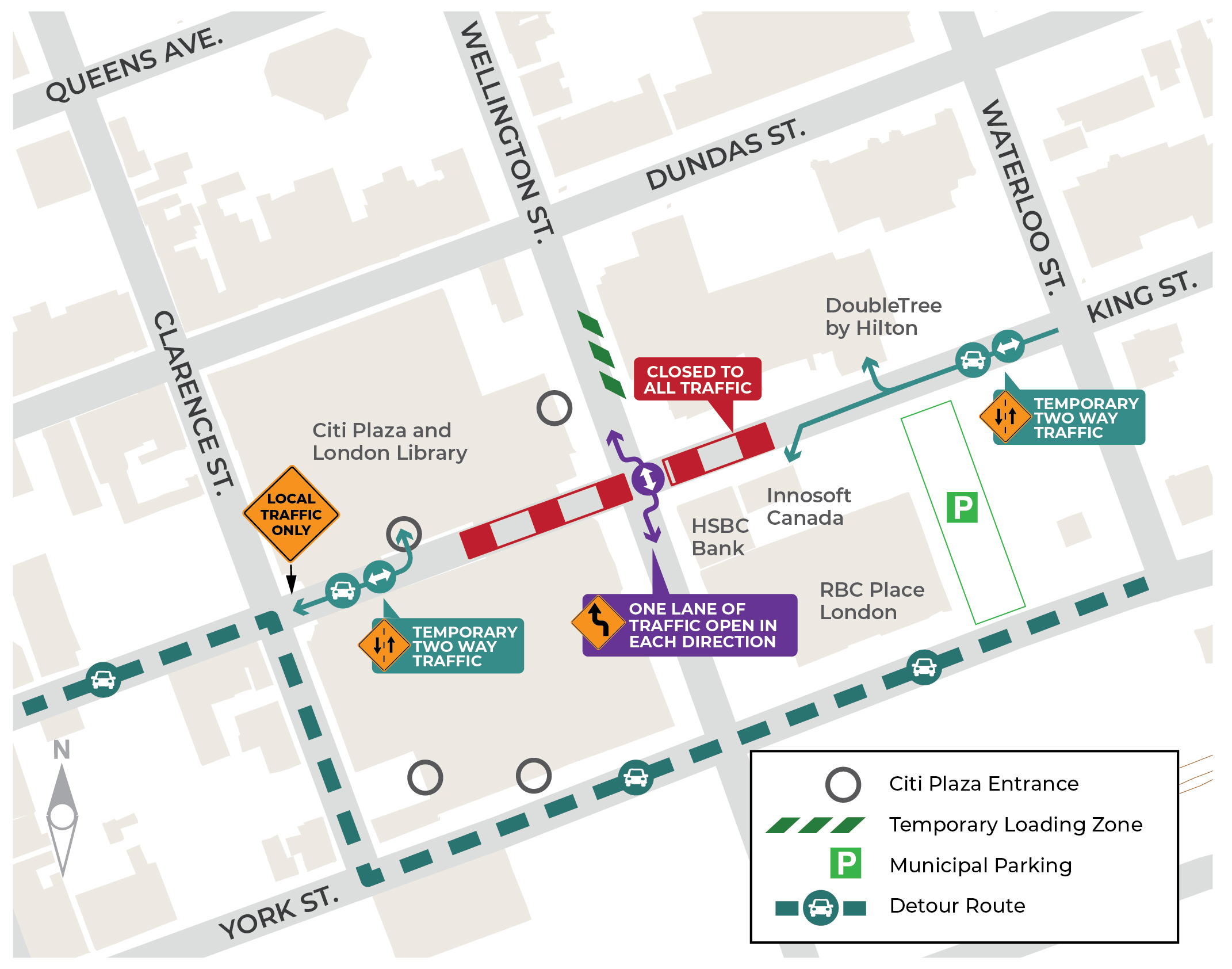 Above: A map of the King Street closure between Clarence and Wellington Streets beginning Monday, May 16.

Transit users are advised to visit the LTC website for service updates and detours. ­