The European Gypsy Moth (EGM) (Lymantria dispar dispar) is a non-native, invasive forest pest that was introduced to North America from Europe in 1869. It was first detected in Ontario in 1969 and has quickly spread across southern Ontario during the 1980’s. EGM is unfortunately considered a well-established regional pest in southern Ontario.

A single EGM caterpillar can eat an average of one square metre of leaves.

The City is taking an Integrated Pest Management (IPM) approach. This means we are using different management techniques to address the pest population starting with the least harmful to the environment.

The earlier and more often the pest’s life cycle can be interrupted, the more successful we will be in managing the pest.

Visit the EGM Get Involved page to learn more, watch videos, and discover what the City is doing to help: 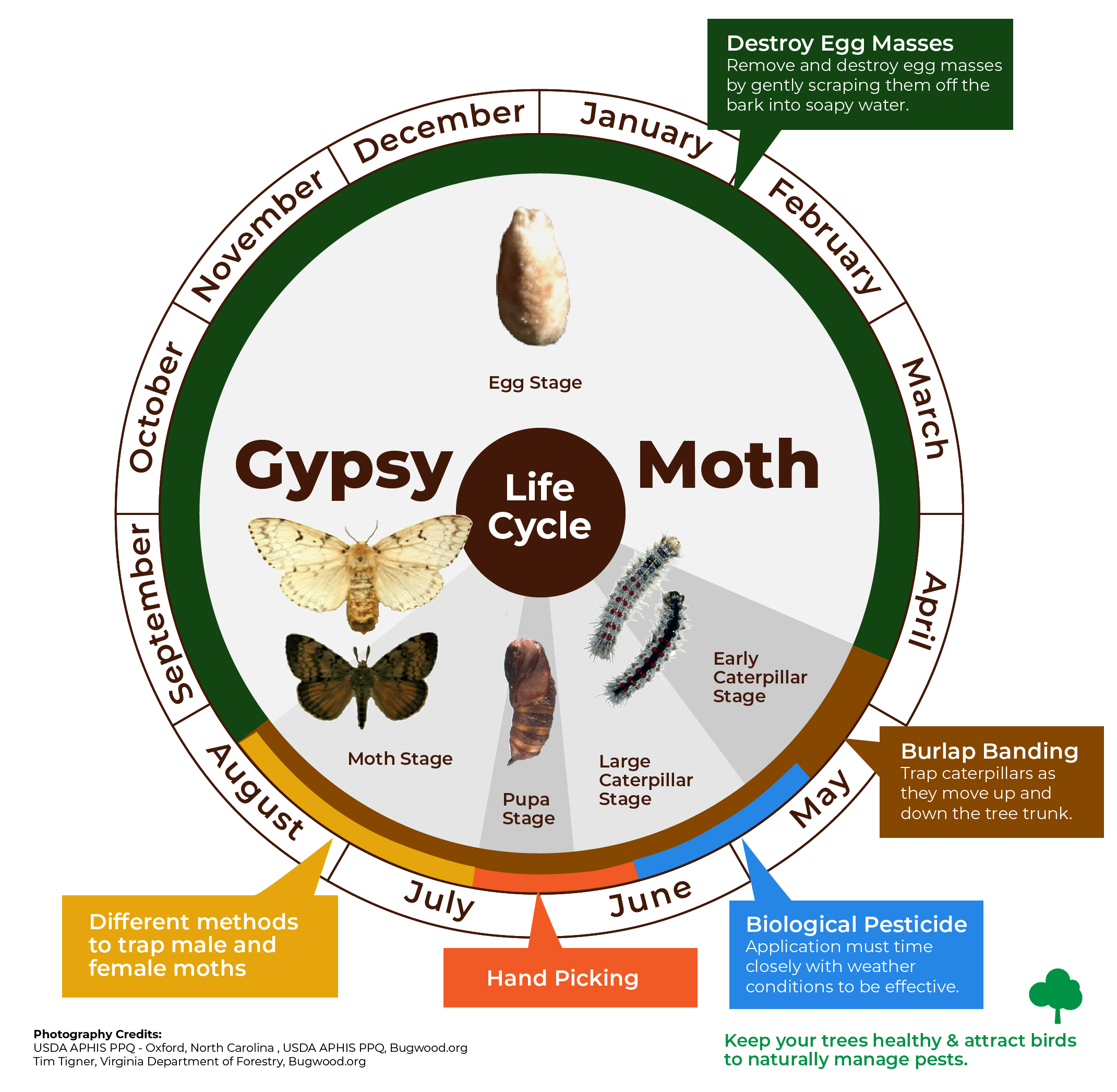