The first phase of the Downtown Loop and the second phase of the Dundas Street-TVP Connection are scheduled to begin construction in the core on Monday, April 5, 2021.

Beginning Monday, King Street will be closed to vehicle traffic between Richmond Street and Clarence Street.

Pedestrian access will be maintained for residents and visitors to access businesses in the area, and eastbound cyclists on King Street will be redirected to Dundas Place ahead of the construction area, via Talbot Street.

Drivers will still be able to access nearby parking lots as well as streets north and south of the construction zone. Additional “park & pick-up” locations have also been recently added downtown for customers and deliveries.

This first phase of construction along King Street includes upgrading sewers and watermains between Richmond Street and Wellington Street. Above ground, curbside transit-only lanes will be constructed to improve traffic capacity, mobility, and safety. New streetlights and traffic signal upgrades will also be included.

The areas of King Street undergoing construction will shift as work progresses this year, with one lane of traffic being maintained between Ridout and Richmond at all times. Work on the stages located east of Richmond Street to Wellington Street will require full closures. 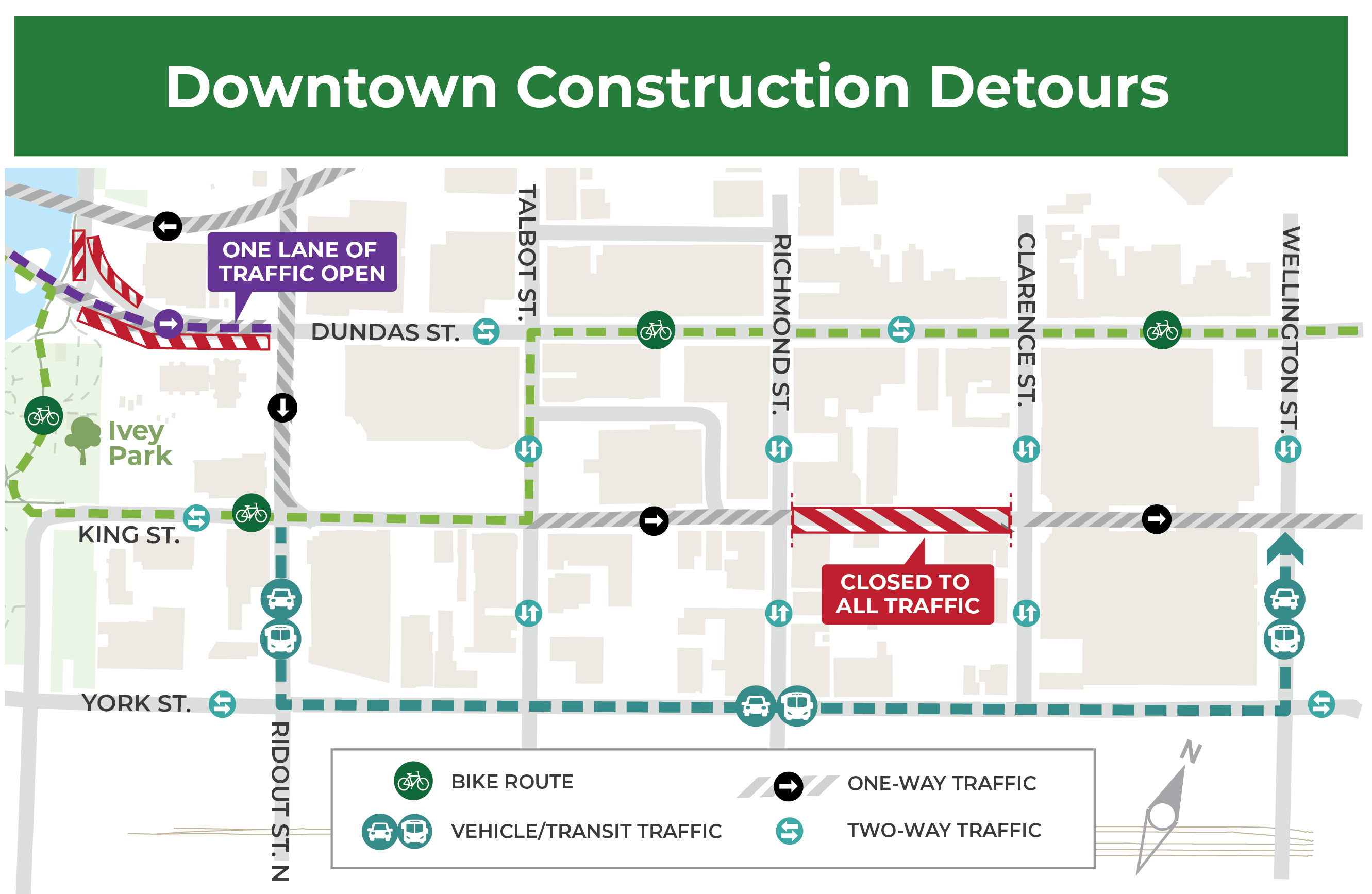 The second phase of the Dundas Street-TVP Connection will also begin on Monday, April 5. Dundas Street between the Kensington Bridge and Ridout Street will experience lane restrictions for eastbound vehicle traffic.

The project will create a new two-way protected bike lane on Dundas Street. The Dundas Street-TVP Connection is designed to improve the link for pedestrians and cyclists between the Thames Valley Parkway (TVP) and downtown.

A signed detour will help direct eastbound pedestrians and cyclists through Ivey Park and along King Street.

With two important construction projects beginning next week downtown, motorists are advised to check if their commute is impacted, give themselves a little extra time if traveling, and plan ahead by using the Waze app. 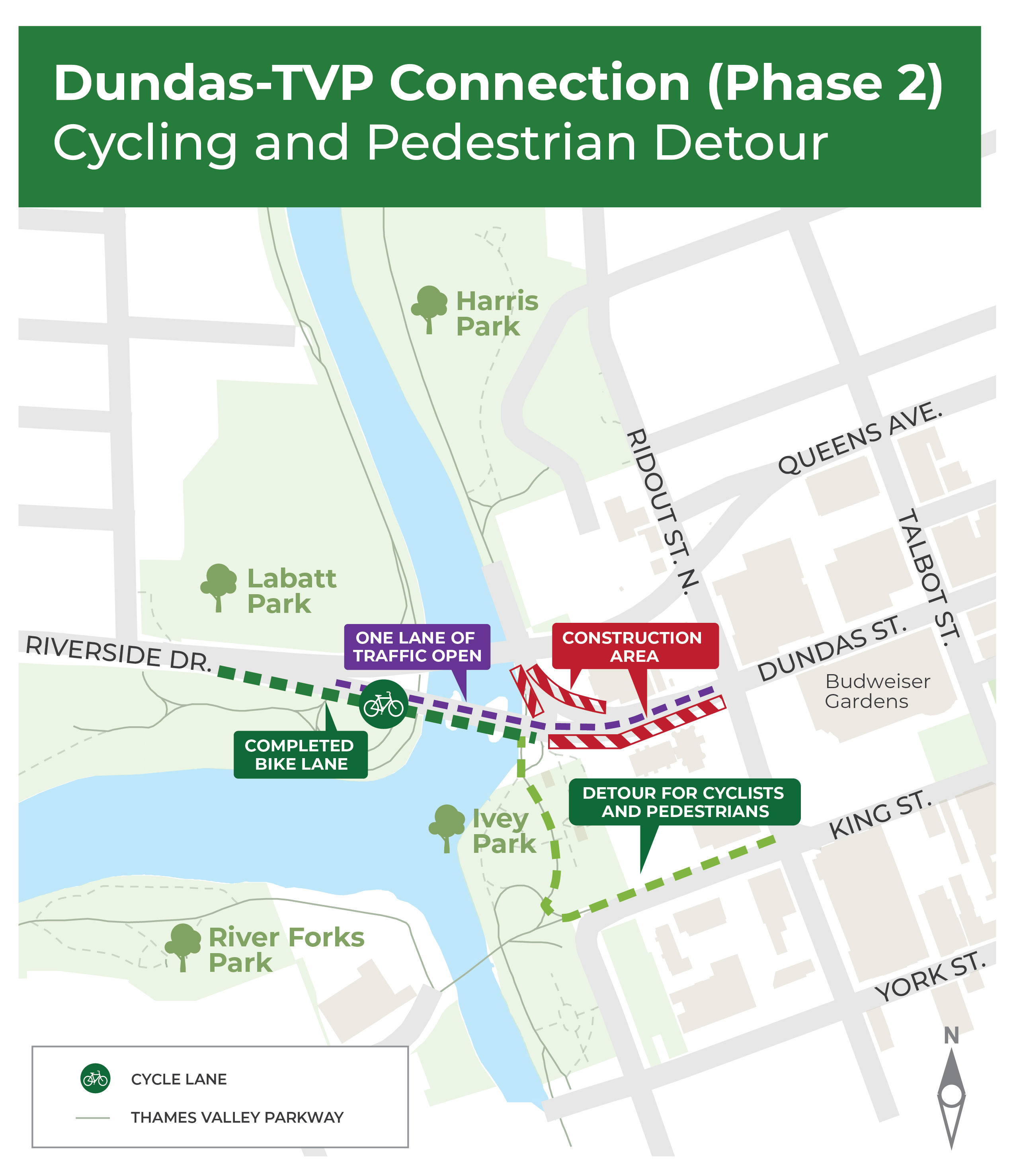 Above: This map shows the location of the second phase of the Dundas Street-TVP Connection project. A signed detour will help direct eastbound pedestrians and cyclists through Ivey Park and around the construction. One lane of vehicle traffic will be maintained throughout construction.