Arts and Culture in London, Ontario

London is a community rich in artistic expression. Whether you enjoy leisurely walking through a gallery to look at paintings and sculptures, or whether you prefer to sit back and watch a play or attend a concert, you will find multiple opportunities throughout the city.

London also has a strong community arts foundation, so if you’re interested in trying your hand at acting  or learning how to paint, you can find organizations that would be happy to help you out.

Arts and Heritage Events are promoted through the Tourism London website and under the art, music and heritage section of the City’s website. 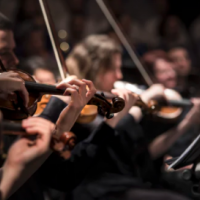 The marquee professional theatre destination for London’s is The Grand Theatre.  The heritage building houses both an 839 –seat theatre (Spriet Stage) and a 150-seat theatre (McManus Stage). Each year the Grand Theatre mounts approximately 15 productions and presentations totalling over 210 performances.  The Grand Theatre also contributes to the London community through its multitude of community outreach and education activities.

There are also numerous other semi-professional and amateur productions that take place at other community venues in London such as: TAP - Centre for Creativity and the Palace Theatre Arts Commons -- many written, produced, directed, and starring local Londoners.

If you have youth interested in joining the fun, programs like Original Kids and the Palace’s LYTE program offer a wonderful experience for youth looking to express themselves and meet wonderful friends in the process.  And that’s just a sample of the amazing theatre in London. Venues like Fanshawe Pioneer Village present historically themed productions, and Western University offers an annual Shakespeare in the Park series. 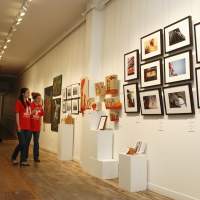 Museum London Centre at the Forks  has one of Canada’s most significant art collections (5,000+ regional and Canadian works) and one of the most important historical artifact collections in Ontario (45,000 artifacts), The Centre at the Forks provides a dynamic learning space that is flexible, innovative and fully accessible. The Centre hosts classes, performances, digital imaging labs and an artist residency program, incubating the next generation of artistic innovation.

Public art and monuments can challenge us, reflect our values, or simply delight. The City of London’s Public Art/Monument Program provides a mechanism through which London acquires and maintains artworks and monuments for public space. The London Arts Council works with the City’s Culture Office to acquire artworks for public space as part of this program. 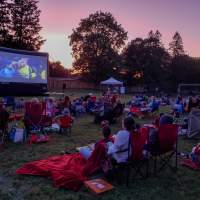 All year long, London comes alive and features a long-standing selection of festivals and events that locals and visitors alike have come to know and love. During the summer, Victoria Park downtown is host to events like the Home County Music & Arts Festival, SunFest, and RibFest, while Harris Park at the Forks of the Thames hosts major concerts such as Rock the Park. Tourism London is committed to the promotion and enhancement of the city’s cultural attractions and events on their website.

The City provides and facilitates unique opportunities for Londoners and visitors to enjoy the experiences that special events can bring to individuals, families and groups. The City has invested in infrastructure to support special events and assists organizers of special events, community events and film producers with: permits and approvals for various event spaces; and support for the operation of events at locations across the community, while ensuring the appropriate use of public spaces as well as public interest. Londoners can enjoy over 140 special events and activities per year hosted at a number of well-known sites, such as Victoria Park, Springbank Park, and the revitalized Springbank Gardens. Continued support of special events creates opportunities for residents and visitors to participate in a variety of cultural, sporting, and community events.  For further details please reference the City's Special Events Council Policies and Special Events Administrative Procedures Manual.

London is a “Music City” for all types of music year round and the London Music Office was created to be part of the City’s Culture Office in 2015 to implement the priorities of the London Music Strategy. Their website provides one stop assistance for both members of the public and the music industry about music artists, music businesses, educational post-secondary institutions, awards programs, detailed venues listing describing amenities, festivals, funding and music industry issues in London.

London has hosted some of the world’s elite musicians and is a frequent touring stop for some of the world’s top acts. But it’s also known as a place where many talented musicians get their start and may attend one of London’s world class music programs featured at Fanshawe College, OIART and Western University.  For example, 3 out of 5 JUNO nominated engineers were London educated.

The marquee indoor venues that cater to all types of music include: Budweiser Gardens, the London Music Hall, Aeolian Hall Performing Arts Centre, Wolfe Performance Hall, Centennial Hall, the Grand Theatre as well as the many live music venues located across London. 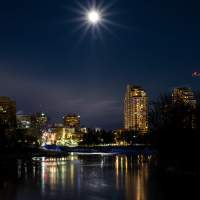 Downtown is London’s cultural showpiece - as the birthplace of the city, our core is set apart from other neighbourhoods by the richness of its cultural heritage, activities, food and educational opportunities. Dundas Place which runs from Wellington Street to the Thames River has been created as a seamless flexible street and linear public space enabling it to easily transition functions at different times of the year. Dundas Place supports the street’s development as a premier destination for cultural programming and entertainment events that can easily merge with adjacent commercial enterprises to create diverse and multi-sensory experiences.

The Market at Western Fair District facilitates many cultural activities – locally grown and prepared food offerings, artisanal production and sale and pop-up musical opportunities and events. Arts and culture meets entrepreneurship every Saturday and Sunday, with a chemistry that has provided an environment for small food and artisanal businesses in the OEV to grow onto Dundas Street and throughout the city.  Over the past 5 years, the Market has broadened its cultural activities to include buskers, a greater focus on small scale hand-crafted artisans and ticketed music events, activities which have contributed to its informal reputation as a key London cultural incubator.

Residents are the source of cultural vibrancy in all neighbourhoods of London.

Neighbourhoods are one of London’s key cultural assets, serving as the dynamic backdrop to the drama of everyday life and providing the spaces where chance connections are made and creative ideas thrive.  Woodfield neighbourhood was recognized by the Canadian Institute of Planners as 2016 Great Places in Canada Winner – Neighbourhood.